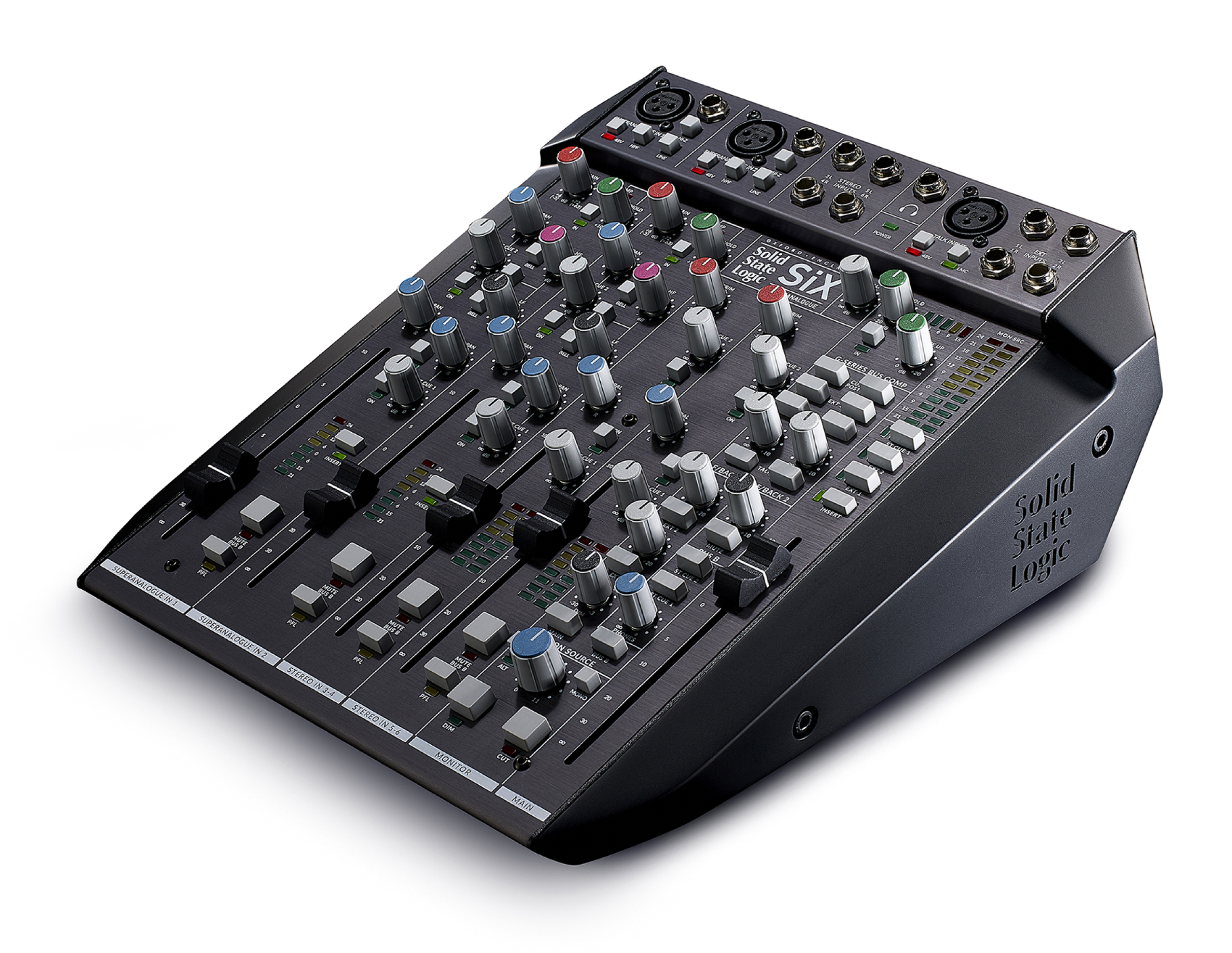 To the casual observer SiX looks like any other compact desktop mixer. Look a little closer and like all SSL consoles, SiX reveals a carefully considered feature set that is driven by an obsessive desire for total flexibility, to encompass every creative eventuality. It may be small but SiX is a classic SSL design. It carries the DNA of 40 years of true expertise in creative studio workflow. Listen to SiX and you will experience the impeccable sonic performance that is the hallmark of every SSL console. It is powerful and intuitive. Inspired and rewarding.

SiX is a condensed professional console for use in the studio, in post-production, on stage, and for podcasting. SiX offers big console sound and an impressive set of utility features in a format that is small enough to stick in a bag a go wherever you need it. SiX is stunning value; it offers two recording channels with SuperAnalogueTM mic pres, two band EQ, an essential one knob version of the classic SSL Channel Compressor, a new two-band Channel EQ, inserts and 100mm faders. There is a two-knob version of the legendary G-Series Bus Compressor on the main mix bus and the unique Listen Mic Compressor on the Talkback. In mixdown mode it is a very capable twelve channel summing system that offers analogue detail, depth and width to your mixes.

New colours from the masters of analogue.

Fusion is an all-analogue 2U stereo outboard processor created for the modern hybrid studio. Fusion introduces five completely new analogue colouration tools designed to bring the perfect combination of added tonal character, weight and space to your mix bus or stereo stems, with the detail, warmth and finesse that only real analogue circuits can provide.

The SSL sonic legacy is built upon a much-emulated collection of analogue audio processing tools that have featured in generations of studio consoles; pristine mic pre’s, classic Channel EQ & Dynamics, the legendary Stereo Bus Compressor, the Listen Mic Compressor, and the unique SSL summing bus. Fusion takes SSL into a new era with the introduction of a suite of new analogue processing tools that offer exceptional tonal character and versatility. Fusion expands the processing palette for hybrid studio owners and is a superb partner for the SSL Stereo Bus Compressor. 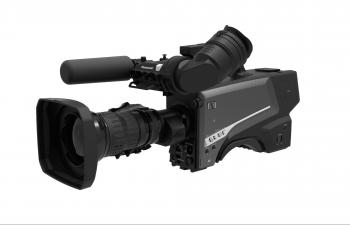 While including functions appreciated in the conventional model such as DRS and CineGamma, the AK-HC5000 Series adds new features such as focus assist, flash band compensation, and skew reduction which is realized through high-speed readout from the MOS sensor. There are additional functions to improve shooting experience including enhanced shockless gain (-3 dB to 36 dB), a user gamma function, black gamma correction according to the pedestal setting, multi-step DNR and easy matrix adjustment.

AK-HC5000 Series achieves excellent image quality and operability. When used with AK-UCUC500 Camera Control Unit, it is capable of 1080/60p, 240p image output and high-image-quality uncompressed long-distance transmission. The AK-HRP1000/HRP1005 Remote Operation Panel equipped with a color LCD to provide visibility of the display for smooth control. The camera and camera control unit can be connected for approximately 2,000-meter long-distance transmission of video signals when power is supplied from the camera control unit. The remote operation panel and the camera can be connected using dedicated cable. In addition, there is a plan to support IP connection using LAN-cable. The AK-HVF100 9-inches (230 mm) LCD color view finder has also been newly developed equipped with a large display and diverse function such as focus assist. Overall, this system offers superior cost performance with respect to both operability and ease of use.